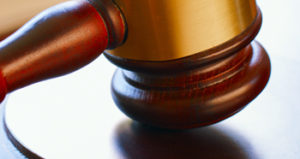 a. “Over 08” refers to how much alcohol you have in your body.  You don’t have to be drunk.

b. The crown usually proves your blood alcohol level with a certificate of analysis.

c. If you are charged with an “over 08,” you want to show that the certificate of analysis is inadmissible.

d. The law in this area is very complex.  In fact, Mr. Pearse wrote an entire book only dealing with breathalyzer certificates.

Driving “over 08” is a criminal offence as per section 253(1)(b) of the criminal code. This is a separate offence from impaired driving. Essentially, the police must prove that the accused’s blood alcohol level was over the legal limit. For this offence, it is irrelevant whether or not the accused’s ability to operate a motor vehicle was impaired. Some people can have a very high tolerance for alcohol, typically because they routinely consume alcohol, and have done so for many years. These people may well display no indicia of impairment, and yet still be over the legal limit.

For example, one would expect that a 40-year-old man and an 18-year-old man would display very different indicia of impairment even if their blood alcohol levels were the same. The 18-year-old man likely has very little experience with alcohol, and may well have only been consuming alcohol routinely for a couple of months. The 40-year-old man likely began drinking when he was approximately 18, or slightly younger, and has been routinely consuming alcohol socially for several decades (perhaps he drinks a six pack of beer every Friday). Both of these men may well have the same blood alcohol level (let’s say that they both blew .15). However, in the normal course of events we expect the 40-year-old man to look significantly less impaired that the 18-year-old man. Both are guilty of the same offence.

While there are exceptions to this, the most common way that the crown will attempt to prove the accused’s blood-alcohol level will be with a certificate of analysis. The law governing certificates of analysis is highly complex, dense, counterintuitive, and specialized. It does not lend itself to quick or simple descriptions. Essentially, if the police comply with all of the requirements under the criminal code and the Constitution, then the blood alcohol level contained in the certificate of analysis is presumed to be the same as at the time of driving. This means that, unless a defence is raised, the accused will be convicted of the “over 08” charge.

This is in fact where most of the litigation in a DUI charge takes place. The main issues that a DUI lawyer will look at often relate to whether the certificate of analysis is admissible, and if it is admissible, whether or not the crown will be able to rely on the statutory presumption. Mr. Pearse wrote a book dealing with these exact scenarios.

What They Are Saying

Alan did a very good job. I felt like the police were on trial.

Allan Pearce was amazing and made the whole process easy to understand and gave me peace of mind. His experience and knowledge assured me that I had nothing to worry about. I highly recommend him as I didn't even have to step a foot in the court room and he won my case with ease. If you end up in the same situation give this man a call because he gets results fast. Thank you Allan for everything, I am very grateful for how quickly you resolved this problem for me and how easy you were to talk to.

I’m a single mother, and was going through a very bad breakup. I made a terrible mistake by drinking and driving, and put my child at risk. However, this is not who I really am. I’m generally very against drunk driving. I know that what I did was wrong, but I’m basically a good person. Alan met with me very quickly, and got the ball rolling. He was straightforward and honest, and told me what my chances were. I eventually decided to fight the charges, because I just couldn’t have a criminal record. I was very impressed with his abilities in court, and I eventually won the trial. Thank you so much.

Alan was very professional and got the absolute best results!!! Would recommend him to anybody !!! Thank you Alan

Alan represented me for the last 20 months with various charges. He has had all of my charges and fines dropped. He was always diligent at responding to my calls and texts when I had questions or concerns. His experience in DUI law and winning track record speaks for itself. I highly recommend Alan to anyone facing these charges and all of the other charges/fines that come along with anyone’s case.